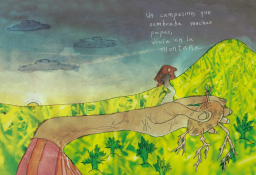 A countryman who used to plant a lot of potatoes, lived on the mountains. 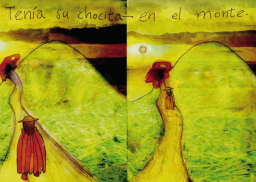 He had his little hut in the bushes. 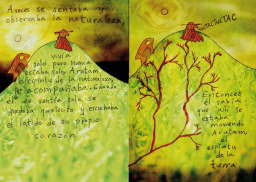 When the countryman observed in silence, he also saw that all that was alive had Arutam inside: the forest’s spirit was moving inside all beings. Arutam was inside the fast beat of the birds’ heart, the flowing of the plants blood, the flexibility of the fish bones, the heat or coldness of the stones.

He saw a bird coming down from the top of a tree and dying in the jaws of a hunter dog. The countryman was in shock for a second, but then immediately he remembered to have observed Arutam, the sky´s spirit, flowing in the hunter dog and in the bird‘s heart.

The countryman followed the dog, that had the dead bird in his jaws, to his dark cave. 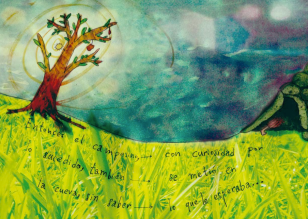 The curious countryman also got into the cave, without knowing what to expect…

The hunter dog bit him him in the leg, the calf and the bum. The hunter dog didn’t like to receive visits from people he hasn’t been properly introduced to before.The countryman in pain ran out of the cave screaming, while the hunter dog chased him. 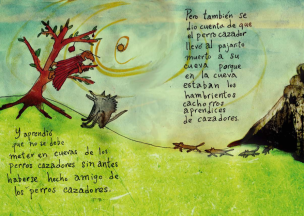 The countryman not only learned that he should not get in hunter dog´s caves with out being invited, but he also realized that the hunter dog took the bird to the cave because in the cave were all his hunting student puppies.

Eventually the hunter dog and his puppies got tired of waiting for the countryman to get down from the tree to continue giving him a lesson. They returned to their cave to enjoy their succulent and juicy bird stew. (The hunter dog was a single father).

In a deep meditation the countryman understood that: Arutam, the spirit of the nature, extinguish a life to create another. 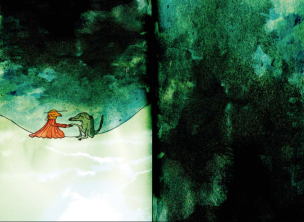 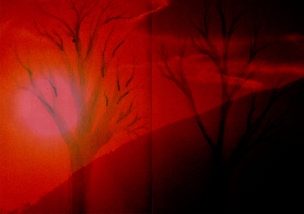 Déjanos una PROPINA para que podamos continuar entregándote historias / Leave us a TIP so we can continue bringing stories to you: http://bit.ly/29sdyQk